How does licenses work?

Modelio provides various products to meet different business challenges. These products are delivered as the commercial edition of Modelio and a set of available features. When you download and install a product you can test the Modelio tool and all available features during 10 days.

Once you have tested a product you can purchase it. Modelio proposes several commercial offers fitting different needs. Each offer allows you to enable features with a license. The license defines the features you can use. 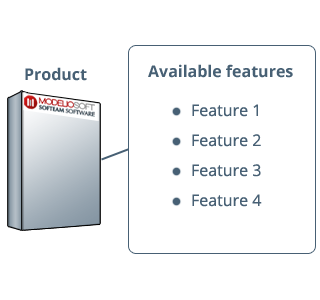 The Modelio BA product is delivered with the following features:

If you need to enable another feature, like the Teamwork manager extension, you have to purchase a license.
At any time you can add other modules which extend the functionalities of your product from a list of free or commercial modules provided by Modelio. 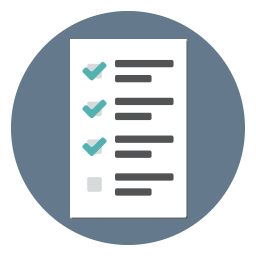 Any combination is possible! Our sales service can provide you with a quick quote for the best suited product.

Modelio provides licenses from single users to large teams. Choose the right license model for your own needs.

A node-locked license is a license locked to a single machine. The license manager locks the license to a HostID of the machine on which you install the product. 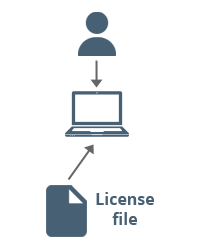 Floating license are distributed by a license server and can be shared licenses between different users. For example, a 7 member team can use just 3 floating licenses, provided that a maximum of 3 people are using Modelio at the same time

Thus, using floating licenses, the price may be lower if licenses are shared between several users.

Use Modelio on any workstation with the same licenses

Learn more about how licenses work and how to use them with Modelio.