Once the modeling of the three subsystems has been completed, the other parts of the automation unit can be modeled. We will first model the pressure device block shown  earlier. The internal composition of this block is also illustrated by means of a SysML internal block diagram as shown in the figure on the right. Internal composition consists of several sub modules or functional blocks such as AI (analog input functions), DSP (display functions) and ARTH (arithmetic functions), among others. 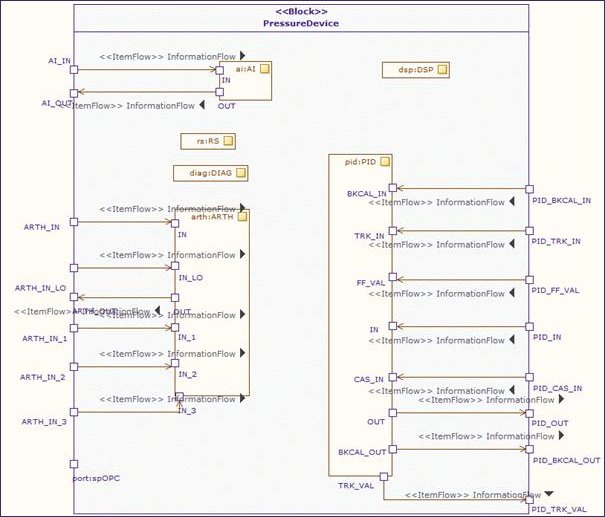