Modeling the global system structure of the industrial automation unit

Let us first look at the modeling of the global system structure as illustrated in the image on the right. This figure illustrates the composition of the system and the internal interactions, mainly by using a SysML block diagram. Here, the unit has been composed of three subsystems:

As shown in the image, the control subsystem controls the physical subsystem by means of certain smart devices. 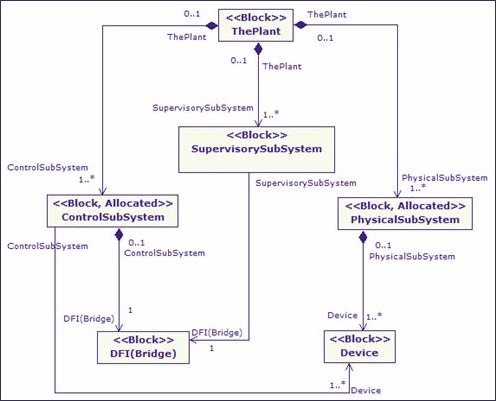