Advantages of the use of a modeling tool

To start a new development project or to resume an existing one, a UML modeling tool (like Modelio) or other software modeling tool can guide users through a coding process by giving an effective vision of its architecture. Strong architecture is a guarantee of reliability on a long-term project.
Philippe Desfray, CTO of Modeliosoft, explains how a modeling tool can help analysts and developers improve the development of software design on the linux.com website (Linux.com article)!

Have a good read!

Modelio is proud to introduce a new, exclusive technology, which will enable you to distribute and share repositories via the web or other networks.

Modelio brings you the concept of model fragments, which can be distributed and shared on the web. Modelio projects can group together
several model fragments from different sources and provide users with transparent access to model elements.

With model fragments, sharing a model with outside participants is a simple question of sending them a URL.

This unique technology lets you avoid the constraints of centralised modeling tool repositories, thereby ensuring a means of providing intra and
inter-enterprise repositories, whatever the number, distribution and nature of the participants.

Modelio models are no longer imprisoned in a central repository, but are rather open and interconnectable on a planetary scale.

Users work on the model fragments that they have transparently selected in their projects, without having to worry about where these fragments are
located or where they have come from.

Modelio manages missing links in the same way as web browsers manage links between web pages, and re-establishes models once access has been re-established.

For more information on model fragments, read the "World Wide Modeling: The agility of the web applied to model repositories" white paper, or read our dedicated web page on world wide modeling. 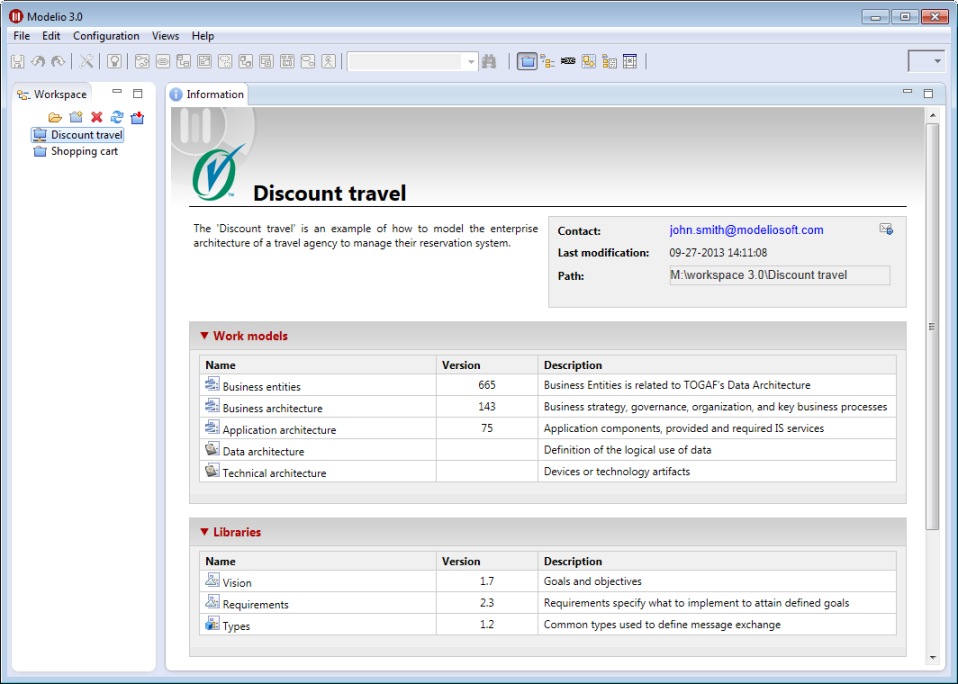 As well as its World Wide Modeling capacities, which enable users to break projects into model fragments and distribute them via several fragments, Modelio has strengthened its support of very large-scale models through new model management architecture combined with high-performance cache and swap techniques.

This new architecture has increased Modelio's storage and editing capacities, as well as its speed, giving users a sensation of immediate generation and code/doc-model consistency.

Modelio now provides complete support of languages such as Russian, Asian or Arabic languages in models. 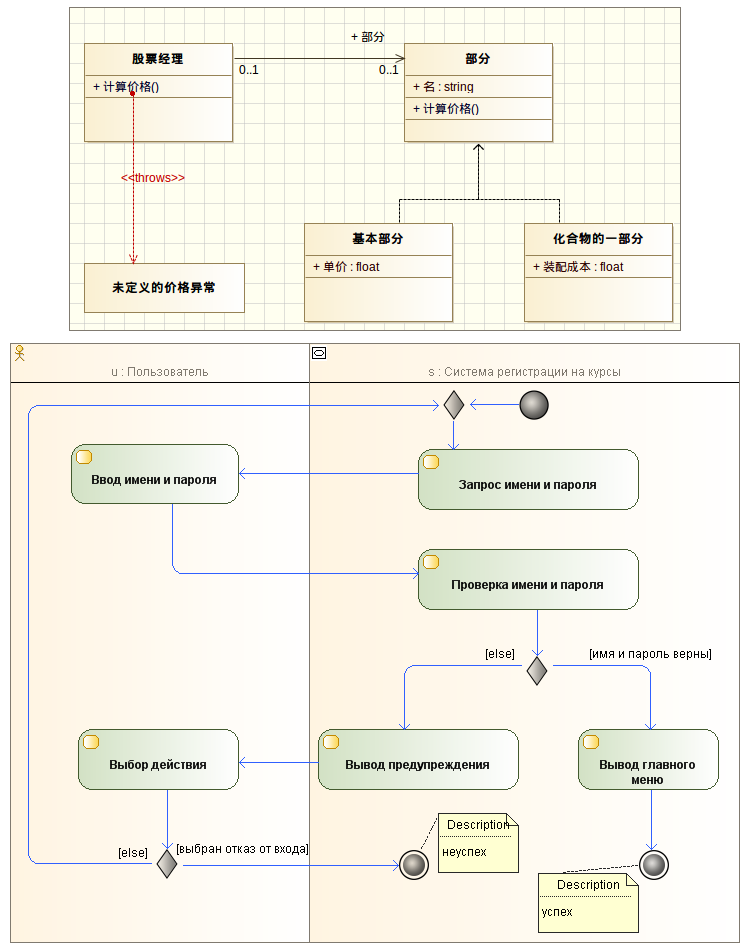 Modelio support Eclipse 4, and its spreadsheet editors, project configuration and model explorer have also been reworked for greater user comfort.

Modelio 3 brings you a new EMF-compatible API for handling the metamodel, so as to facilitate the portability of MDA applications between the two worlds. Modelio continues to bring you the benefits of its EMF API, minimizing the volume of code to be produced (unique element creation factory, filtered accessors, and so on).

The current API is maintained.

Meet us at "Embedded World 2013" in Nuremberg

Modeliosoft presents its solutions for embedded systems & software at Embedded World 2013, from February 26th to 28th.

A French TV channel recently made a show about Softeam. The UML modeling tool Modelio is also presented during this TV show.

Discover the TV show about Softeam (in French).

July 2012: We have presented Modelio at the INCOSE 2012 symposium. The INCOSE case study was realized using Modelio, and presents some of Modelio's many capacities (videos, whitepaper or generated documents can be downloaded).

Modelio provides a large set of functionalities for complex system modeling, such as: